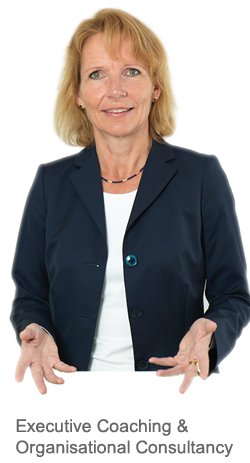 “Every person has something that drives them.“

As a member of management, do you want to

Employee loyalty and performance is at its best when people in a company feel that their personalities are recognised and acknowledged, and that they are working for the organisation in a way that is in line with their motive structure. It is precisely here that I employ MotivStrukturAnalyse (MSA) (motive structure analysis). The scientific MSA is an innovative coaching and management tool for determining people’s individual motive structure. This emotional base character is premised on 18 basic motives whose manifestations determine personality, what drives you and your value orientations, significantly and in the long term.

By contrast to most behavioural or personality tests, the MSA deals with the issue as to which internal driving forces really move an individual: Every basic motive has an effect as a long-term “bringer of happiness” and a motivator of an individual’s personal capabilities and potential, if this motive can be situationally lived and implemented.

Personalities are convincing as they are authentic and consciously take others into account. As a result, strong managers question what drives them – and discover individuality as a driving force.

MotivStukturAnalyse MSA® is a personality tool that is based on research into personality and motivation in the last 10 – 15 years. The technique was developed in collaboration with numerous German universities within the framework of a scientific study, and takes into consideration the work and hypotheses of renowned motivation psychologists such as William McDougall, Abraham Maslow, Paul T. Costa and Robert R. McCrae.

This research shows that an individual displays timeless, stable characteristics. We commonly refer to these stable characteristics as character, temperament and personality or inner motivation. Today, the following fundamental intrinsic motives (which primarily have an effect from the inside outwards) are recognised: Knowledge, staying true to principles, power, status, order, material security, freedom, relationships, help/caring, family, idealism, recognition, competition, risk, eating, physical activity, sensuality and spirituality. The MSA combines these basic motives, which until now have usually been treated as separate items, in a single system.

The MSA even goes further. By contrast to many common personality tools that are targeted purely on a behavioural level, the MSA shows why an individual behaves as he does. In addition, the MSA does not display this personal motive structure as a static state but rather as a dynamic whole for the first time. In every person, the individual motives exist in a complementary manner, and are shown in an easily understandable way.